A World Class education with Augmented Reality and Virtual Reality!

For me -and I think for anyone else- getting to live the books or the subject that I'm learning is not only fun, but it's enormously vital.

Have you ever wondered how the education would be so much fun, if you can feel like you are experiencing it as reality firsthand? Can you imagine how teaching History could be more interesting if all the historical events and characters came alive using the Virtual Reality (VR) and the Augmented Reality (AR technology)? Would you visualize the human body with its veins, muscles, bones and all the internal organs in a Biology lesson using the virtual reality technology? Well, the sky is the limit in this area.
For me -and I think for anyone else- getting to live the books or the subject that I'm learning is not only fun, but it's enormously vital.
Before diving into how education can benefit from the virtual reality technology, let's clear one of the biggest confusions in the world of augmented reality, which is the difference between virtual reality and augmented reality.

Virtual Reality is a simulated experience using computer-generated technology; the output can be similar to or slightly different from the real world. It makes the users feel like they are experiencing a simulated reality with added images and sounds to the existed reality.

Augmented Reality is a technology that layers computer-generated enhancements over an existing reality in order to make it more meaningful through the ability to interact with it. AR is developed into apps and used on mobile devices to blend digital components into the real world in such a way that they enhance one another.
To understand how the two technologies work together, Paul Milgram introduced the concept of Reality–virtuality continuum, which is a continuous scale ranging between the completely virtual, a virtuality, and the completely real, reality. The following diagram demonstrates the concept in a simple way, where the area between the two extremes, where both the real and the virtual are mixed, is called mixed reality. This in turn is said to consist of both augmented reality, where the virtual augments the real and augmented virtuality, where the real augments the virtual.

Although there's a difference between VR and AR, however, there are lots of similarities in the applications and usages of both technologies, such as:

In essence, virtual reality and augmented reality are often combined together to generate a more immersive experience to the users where the output demonstrates a more realistic and authentic occurrence.
Basically, using the VR - AR technology for education purposes is highly anticipated and necessary for any education system.

On the ground of that necessity, Ignite implements both technologies for the benefit of advancing the education process, our training is categorized into: 1) Children, where they are taught skills of management and character building. 2) Schools, where curriculum training is carried out. 3) Adults, where they are trained on interpersonal skills as well as important training courses for the work environment.
Furthermore, Ignite offers a wide variety of scientific and educational subjects using the VR-AR technology, such as: school curriculum for different educational stages, human development suchlike Anger Management for kids, Skills Management for both adult and kids and more. 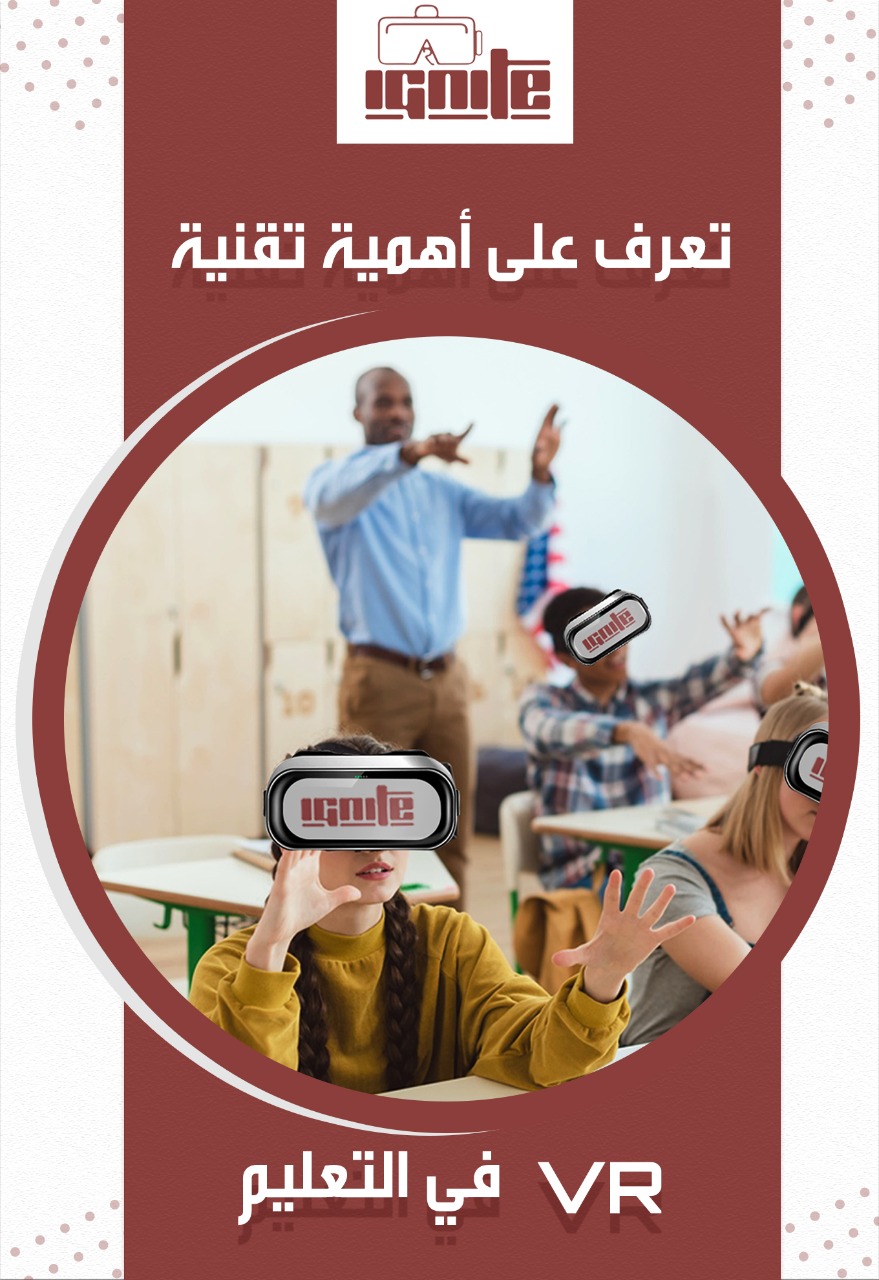